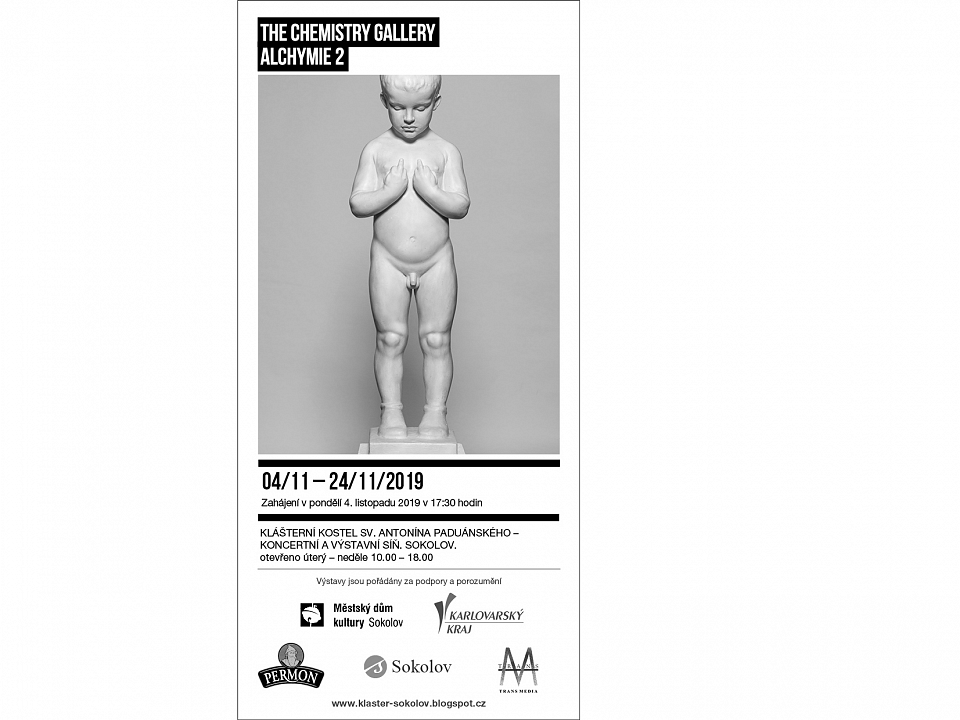 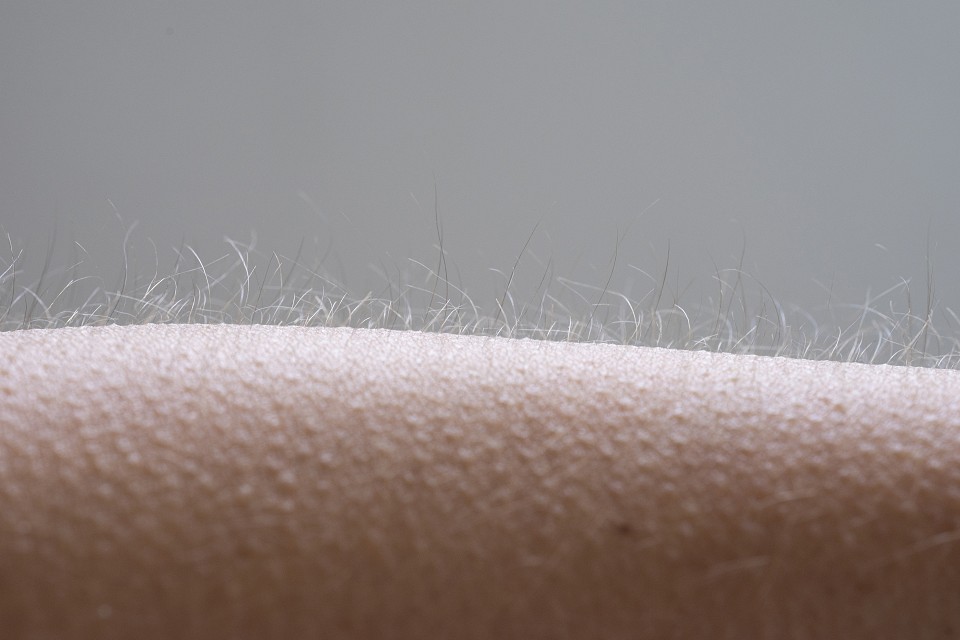 At the “Goosebumps” exhibition, we introduce you to the work of Patrik Krishak, a young painter whose need to experiment has led him to create his own unique painting technique. He creates his paintings so that he does not use the brush for individual strokes, but directly the color in jars, which turns over the canvas and pulls to create a color trace. The resulting color areas are then further treated by washing, scraping or applying colored glitters. His abstract compositions are therefore minimalist with an emphasis on the gesture itself.
The name "Goosebumps" refers to the physiological reaction of the body by lifting the hair on the skin under the influence of cold, but also as a reaction to various visual, smell or sound perceptions. For a film in a cinema or in certain situations, including visual art… For the author, it is a metaphor of abstract art, which is often associated with a strong physical and emotional experience. 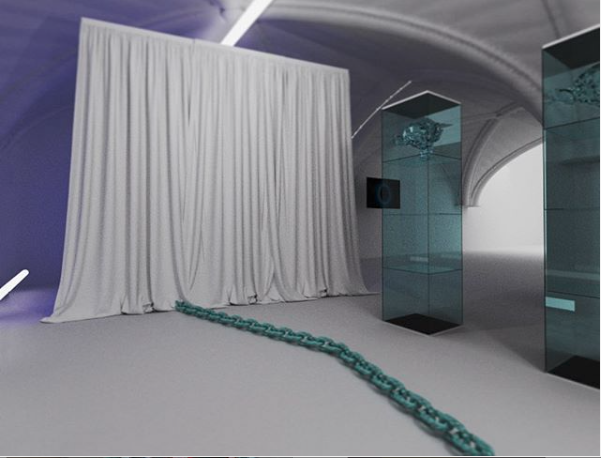 Ivana Pavlíčková, Patrik Kriššák and Andrea Mikysková are three artists of the emerging young generation. Although they devote themselves to their own work, both formally and in terms of content (presented in individual exhibitions), they are examples of long-term artistic cooperation. Their joint exhibitions thus represent an interconnection of both neomedial and traditional artistic approaches that combine an interest in the reflection of a certain social theme or their own personal attitudes and ideas.
In the Basement Gallery the trio presents the exhibition titled Rude Awakening. The literal translation (Coarse / Dirty / Indecent / Violent Awakening) makes sense, but personally I create a situational equivalent to the title - to be awakened by a slap. The main topic to which the artists relate is the climate crisis. Through individual works, however, they do not express themselves primarily on the message and content of the climate crisis, ie what is behind it and what it represents exactly. But how the topic does not resonate with society is the subject of their analysis.
With his paintings, Patrik Krishak raises the question of whether the theme of the climate crisis can be, or even is, profane? And what does it mean? Resignation, apathy on the one hand, panic, anxiety and a state of existential threat on the other. The symbols of the achievements of our civilization (palm = paradise) are accelerating in the endless growth of gross domestic products (long established as indicators of the quality of human well-being) so that they warm up, start to burn and catch everything around them.
Andrea Mikysková also discusses the influence of economic, social and political systems on the relationship between man and his natural habitat. In video collages that contain countless real images of our world, also based on the imagination created by digital graffiti, the viewer watches a pre-picture of what happens if we truly choose to ignore our own responsibility as a company and as individuals. The disturbing aspect is the uncertainty caused by the question whether we are no longer in that state. We protect the public space of our concrete cities by thorough legislation, does the landscape have such protection?
Ivana Pavlíčková is engaged in object creation, especially in the form of ceramics. Her work shows a continuous interest not only to explore the boundaries of traditional media, but also to analyze the content and formal relationships of contemporary, recent and historical art. This is a type of institutional criticism. In the context of the exhibition, her work raises a complex question, what position should art take on the climate crisis?
Being awakened by a slap is hardly a pleasant way to leave a relaxing and safe sleep environment. It is an unpleasant moment of ecstasy. There are several ways to read in the context of the exhibition. We experience the slap as humanity, we stretched out ourselves and the growing media and social interest in the climate crisis triggered a swing. Will the pain be enough to wake us? Or will we get used to it? What if it even makes us happy? What if waking up slap is still too decent a way for someone else to wake us up? And what if nothing awakens us - life in the endless dream of human welfare. 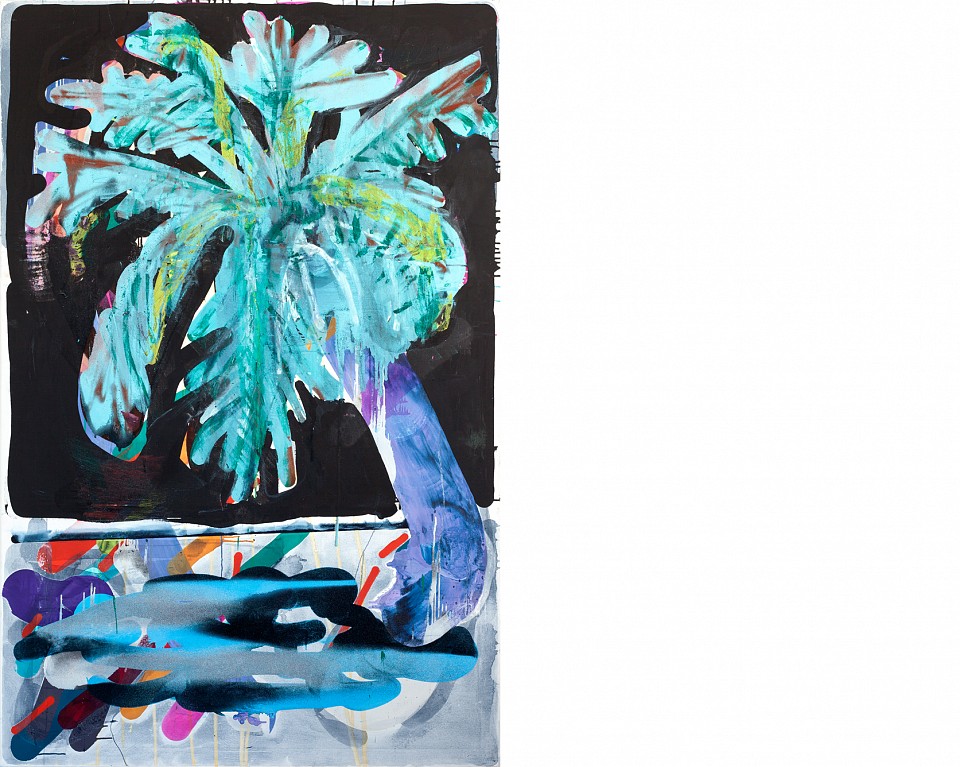 The current edition of the Painting Competition knows its 20 finalists. The following artists will compete for success in the next phase of the competition (in alphabetical order): Jana Bednárová, Peter Cvik, Roman Ďurček, Oskar Felber, Michal Fízik, Monika Germušková Vrancová, Paulína Halasová, Eva Hettmer, Rita Koszorús, Patrik Kriššák, Patrik Kucha, Lucia Oleňová, Samuel Paučo, Margaréta Petržalová, Andrea Priecelová, Simona Štulerová, Eva Töröková, Michal Turkovič, Lucia Veselá and Jana Zatvarnická. Five of these authors had been selected for the final rounds already during some of the previous years of the competition, which only confirms their artistic quality. 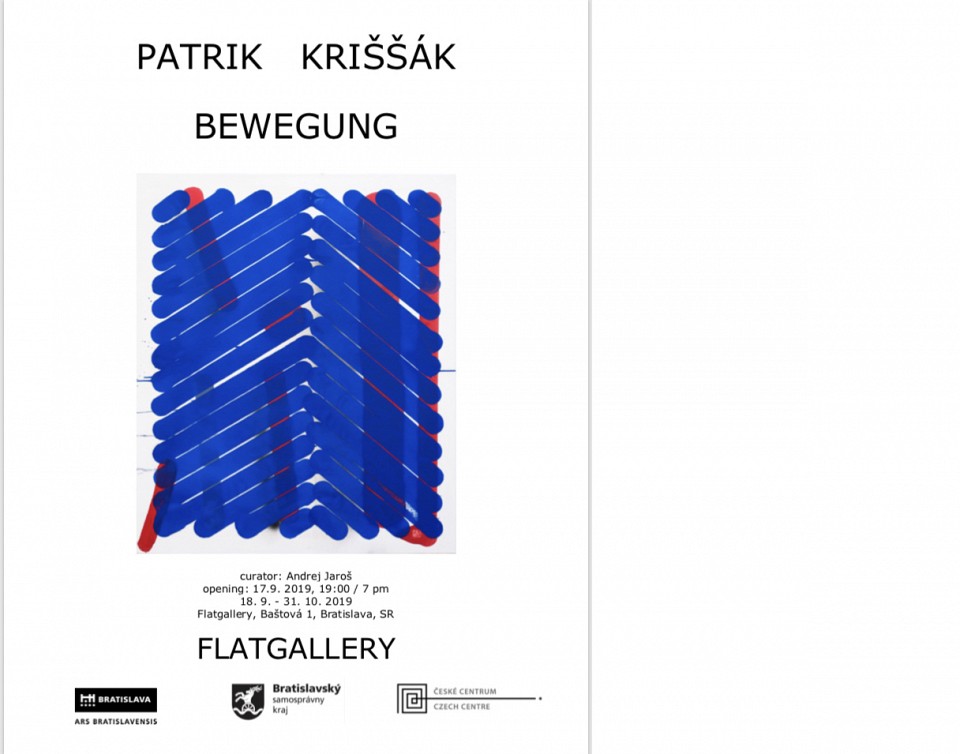 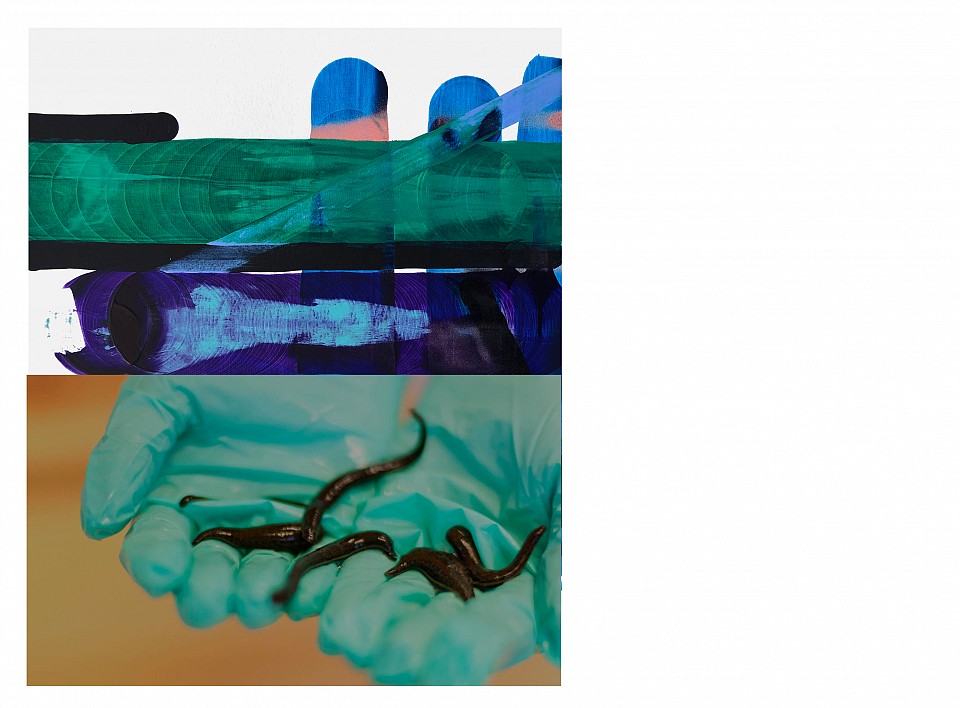 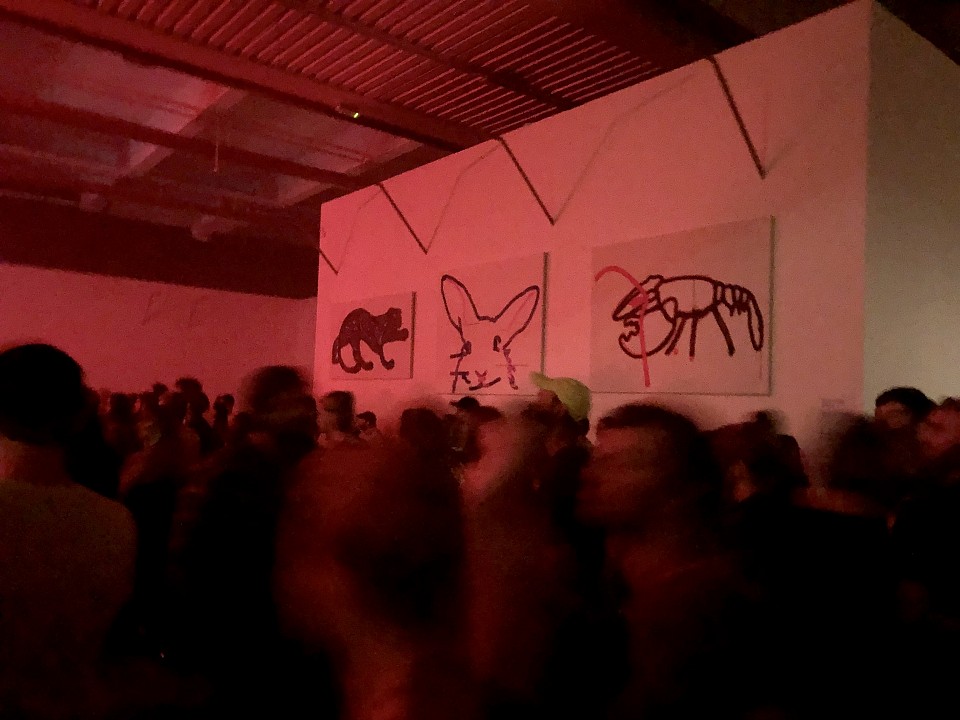 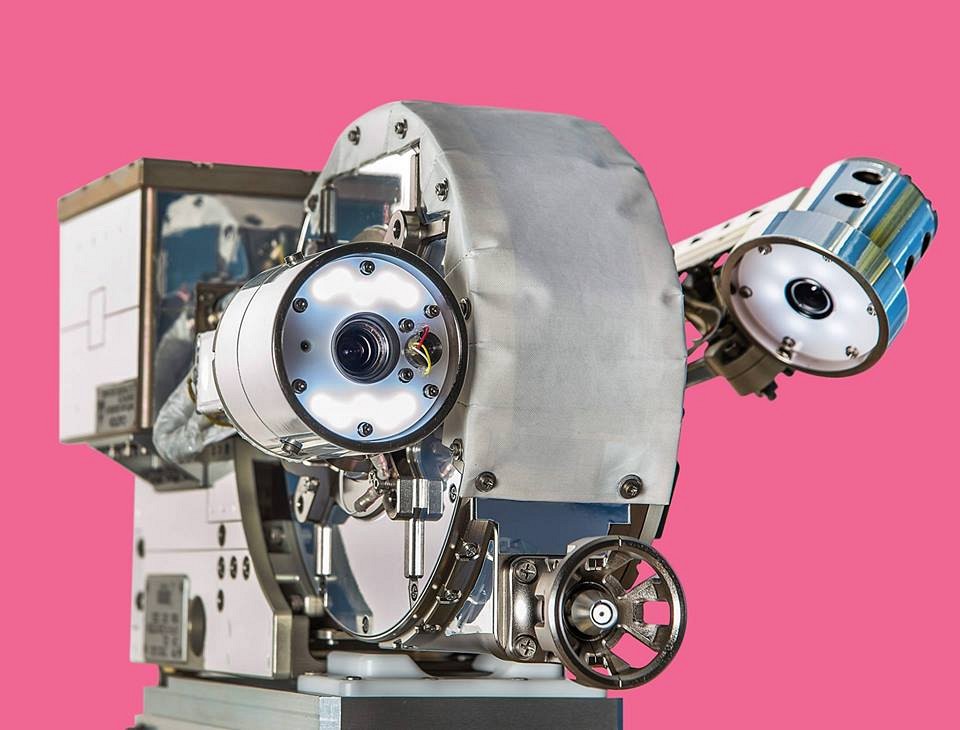 The VDIFF exhibition will present fourteen artists from the emerging generation embodying fourteen individualistic and confident approaches to the medium of painting. Vdiff (visual diff) is a term from the field of computer programming denoting a method of file control using visual comparison. Selected as a title it should evoke the fact that the exhibition shows paintings at a time when computers and digital technology have become everyday reality and hence strongly influence how and what we perceive visually. The aim is to create a spectacular environment within the framework of which the paintings will spill over into spatial installations and create mutual visual confrontations and incite discussion over the similarities and differences of the participating artists. Rather than a show presenting individual artists it is a gesamtkunstwerk, a shared installation of painters, male and female, filling up the landscape. Abstraction meets quite naturally figurativeness, expressiveness faces order, monochrome rendering clashes with a wild colour palette. Additional frequent elements include bricolage, multiplications, mass production as a reflection on the consumer society, pop culture, media reality, and the all-embracing digital universe represented mainly by the internet. 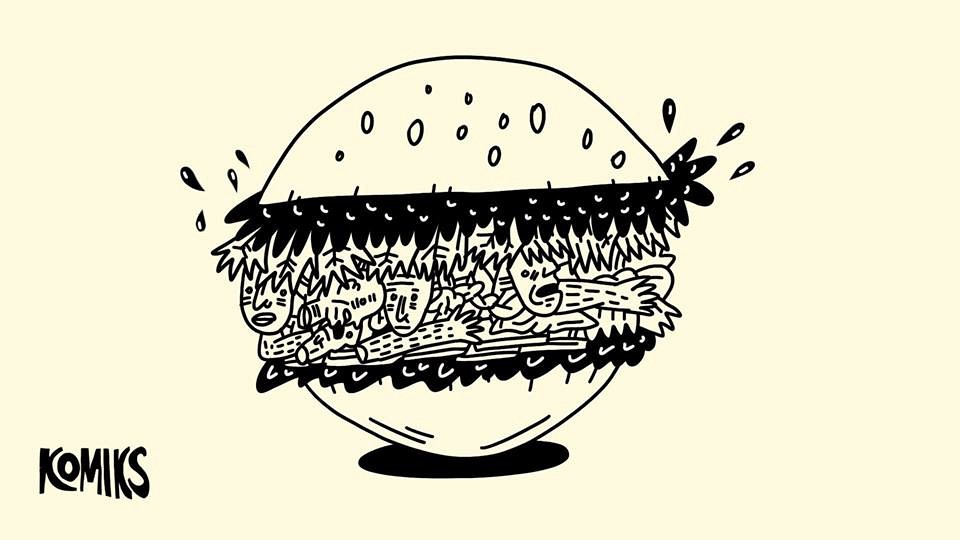 One day Pop up exhibition. 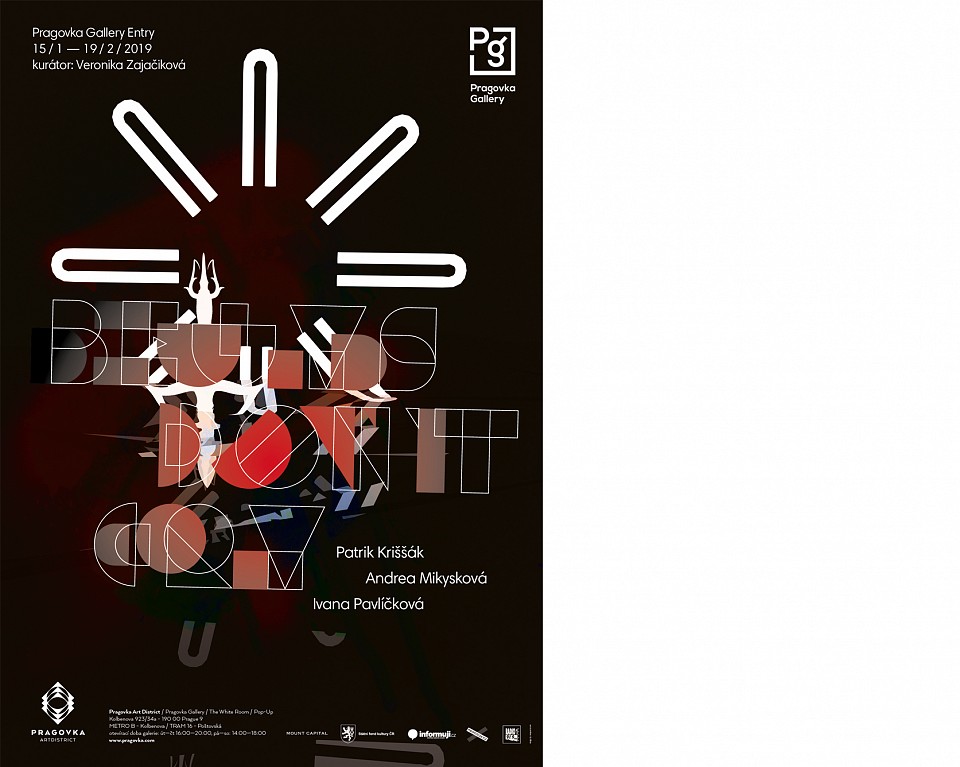 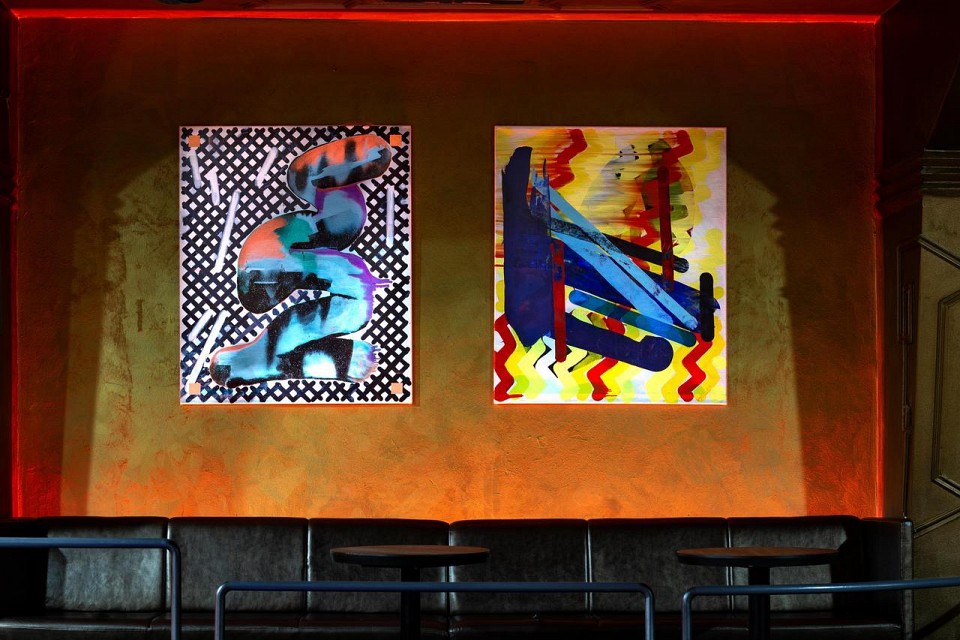 The aim of the Roxy Visuals project is to revitalize the music club space by visual art. The club atmosphere and aesthetics are very specific, at first glance it might seem to be very restrictive. Space creates an issue that is not easy to cope with.

Are works of art able to withstand the visually demanding, constantly changing nightclub environment? How do the contents of art work in a media-pop culture environment? Do they retain authenticity or fall into decorative character? Artists are allowed to intervene at several selected locations in a wide range of media ranging from classic media to site-specific installations. 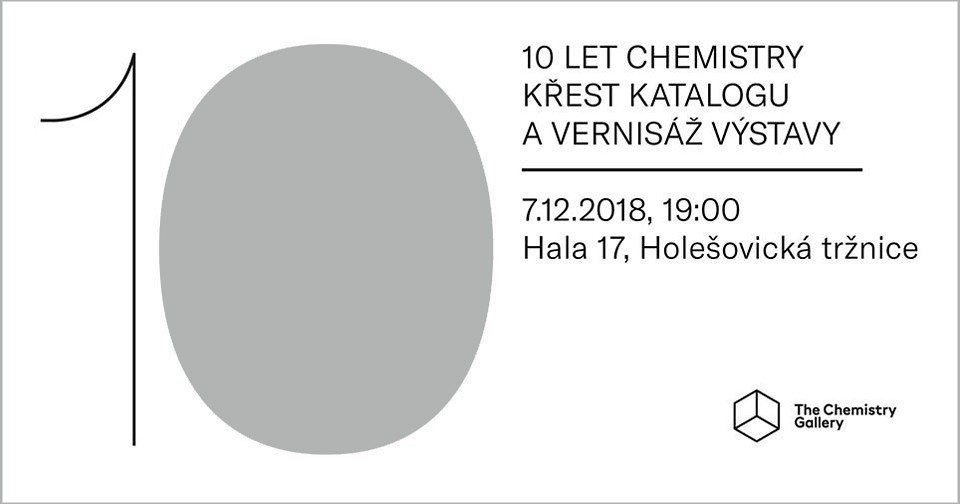 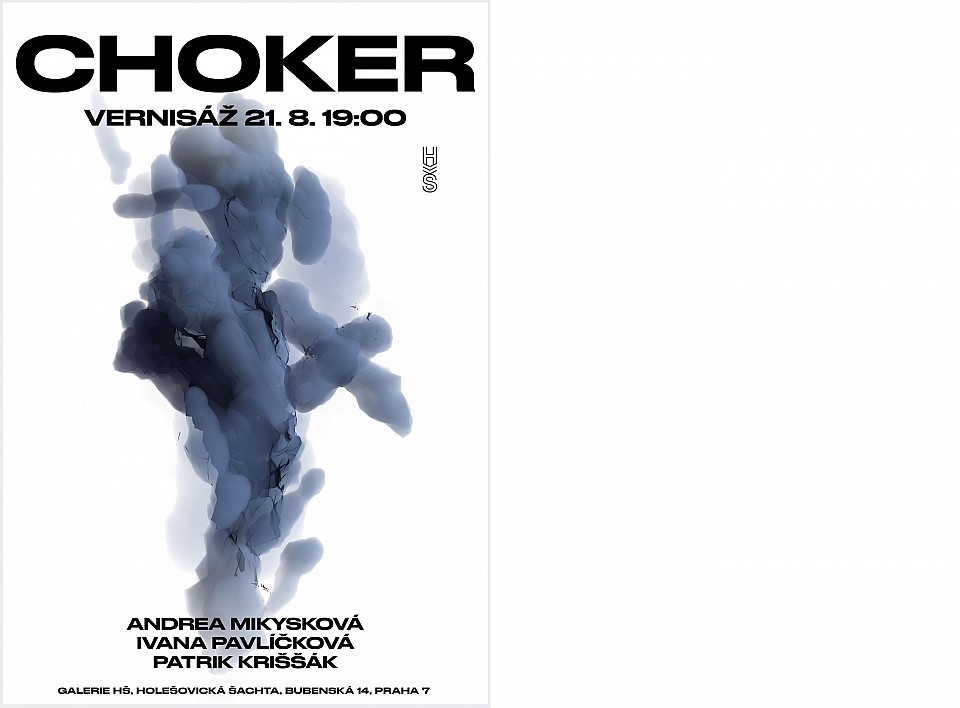 There are five rooms. Four of them are dedicated to the artists separately. In the last one there are all of the mediums placed together to support themselves. They work literally one for another. We've wanted to highlight the spirit of the time. We've chosen the light for this purpose. The light shows us a way, helps us to orientate in a space but it also blinds us and pushes wild animals away from human deeper into the forest. Superficial ecological phenomena are meanwhile recommending people to start controlling their daily consumption trough brief shouts at their timelines. (To tighten their belts to put on the chockers.) While my bf told me not to use plastic dishes for the annual grill party, companies like Nestlé continue in their own shady journey... #choker 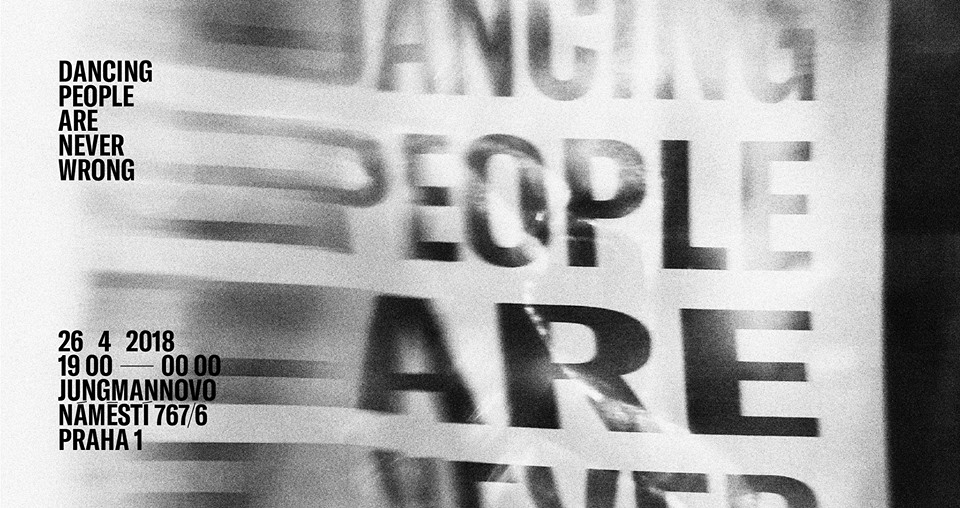 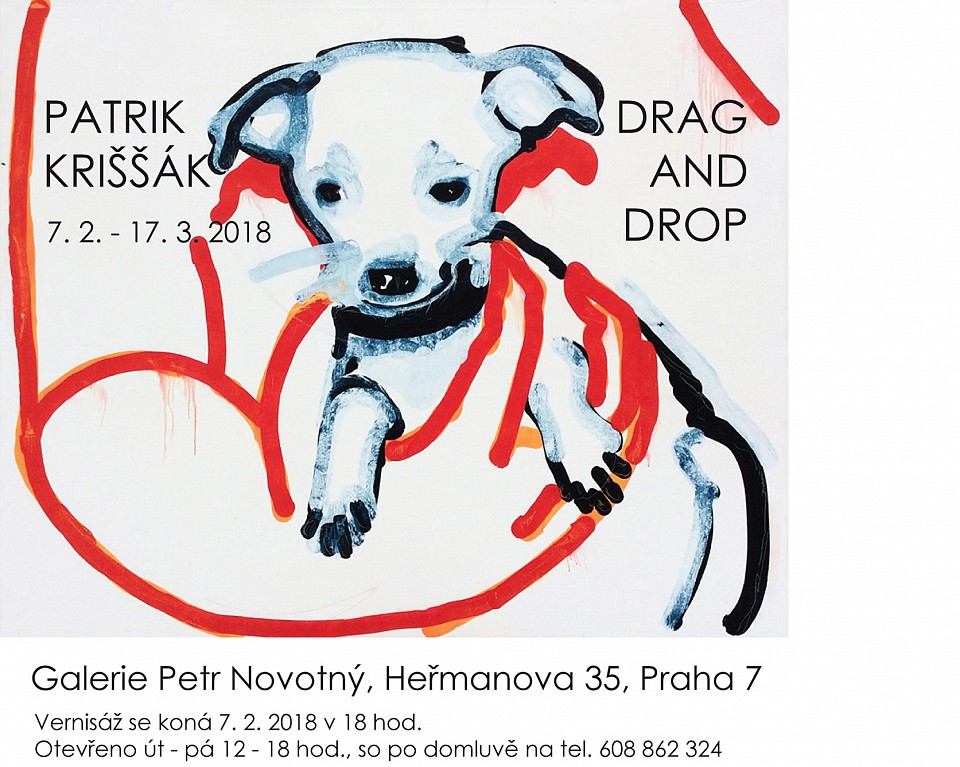 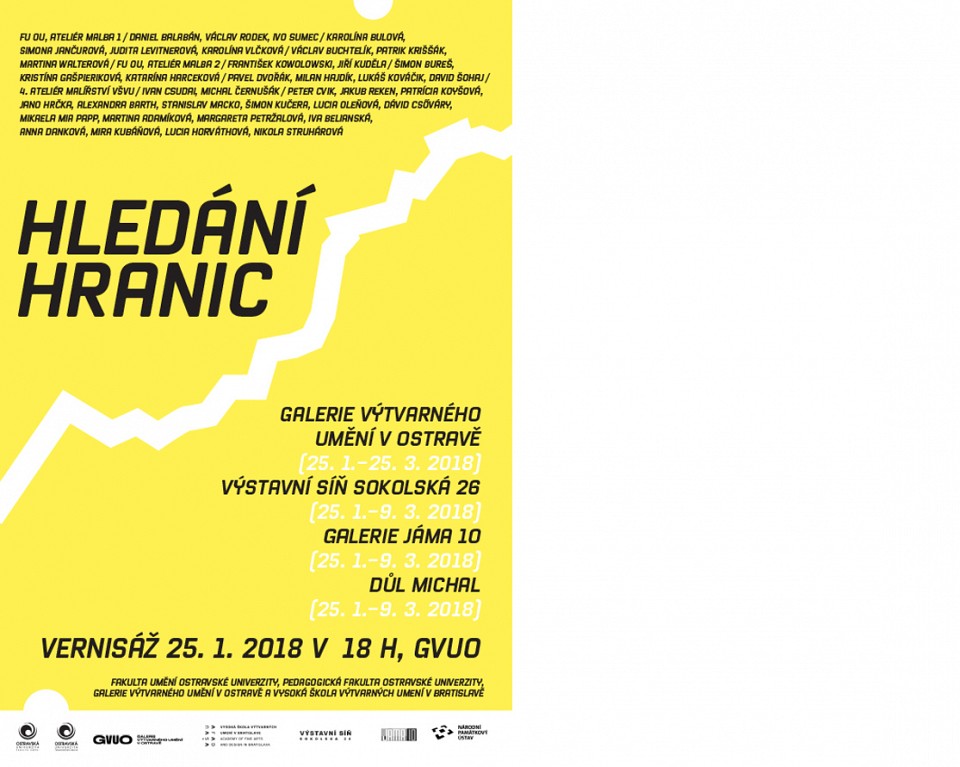 Limits of panting in post-medial time 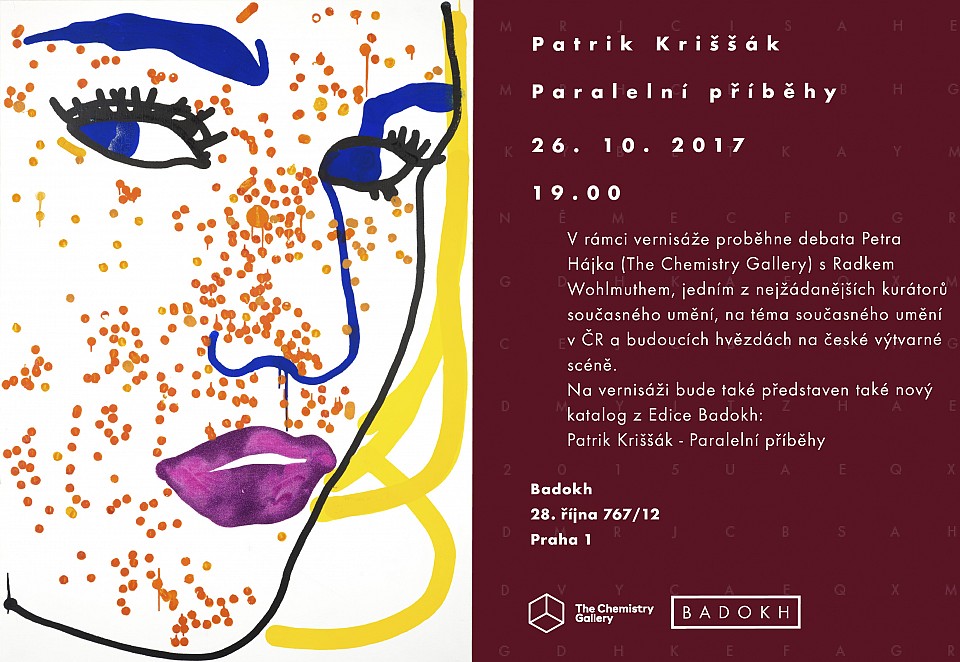 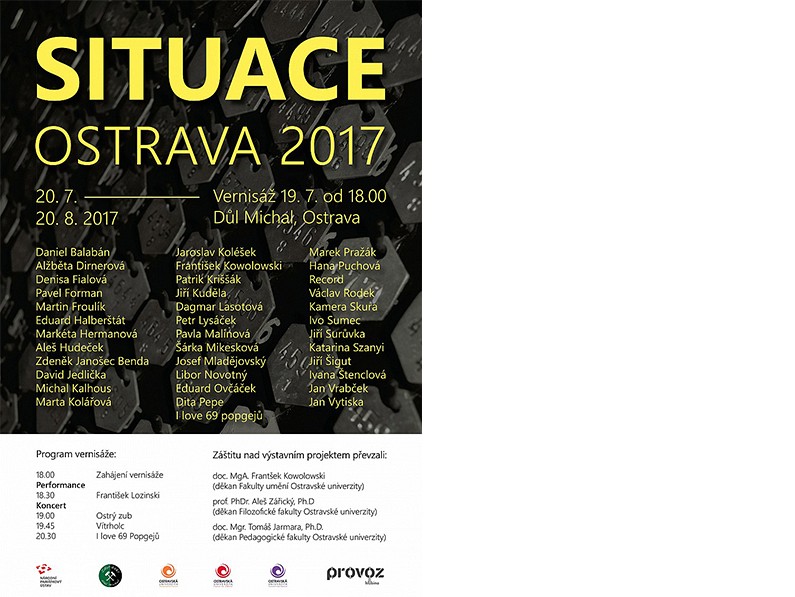 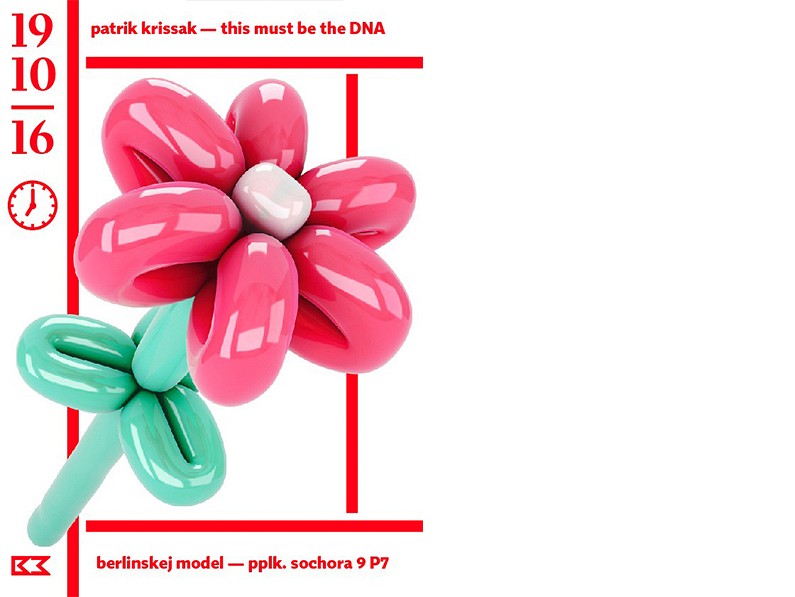 This site-specific installation contains paintings produced by Patrik Krissak, using glass bottles as brushes for the oil paint. Krissak turns the glass bottles upside down and makes colored strokes on the canvas. This is parallel to how DNA works – if one knows the code, then one can know how an organism will look or behave. There were three parts in the installation in which a kind of DNA code was represented. The first image in the entrance represented a character from the alphabet. The second part represented the colors of DNA, with lighting directed towards seven installed paintings. Lastly, the third connected was an exhibition of plants set in the windowsill facing the street of the gallery. These elements represent a closed circle. 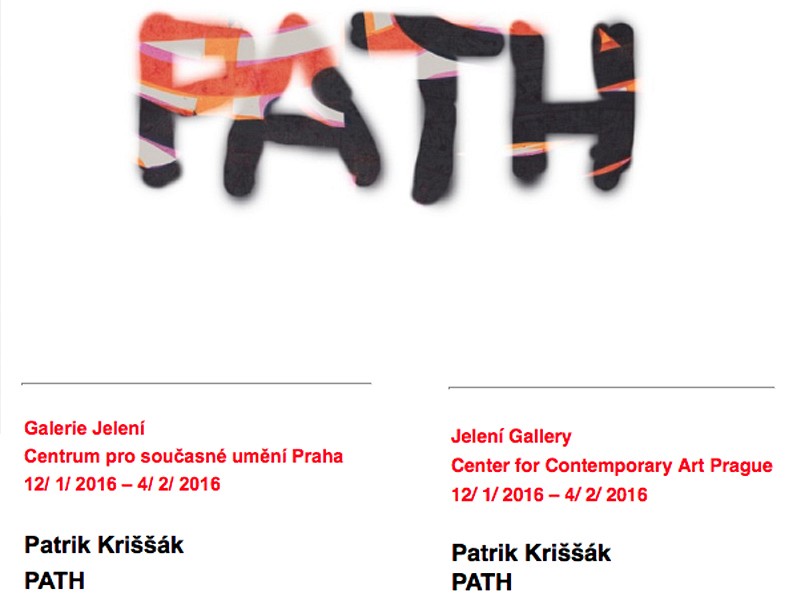 “The Path” can be a journey, a setting for fantasies, combinational contemplations, a track delineating invisible points, or a trail leading to another possible path rather than to discovery. “Path” as a figure inviting to communicate.
At the same time “The Path” is also one of the last exhibitions that will take place in the space of Gallery Jelení in Prague’s Smichov quarter before moving to its new location. One of the possibilities of laying out this project was to react to this reality either by a direct reference or by a gesture. Instead of looking back, a classical version proved to be more stimulating, although Patrik Kriššák has actually the least amount of experience with this type of a path. Last year he placed several of his paintings into large cocoons hanging from the ceiling. These cocoons became a metaphor for a time limited developmental stage of his incipient work. Due to their large size the paintings became objects that architectonically defined the space. Following his exhibitions with distinct installation arrangement, where Patrik explored the boundaries of painting and treated his paintings or their hanging in an experimental way, the current exhibition is the first purely painting exhibition where he displays his most recent work. He has retained a common denominator with respect to the question of the painting frame, which is what Brian O’Doherty calls the “psychological container”, but this frame is further expanded by the gallery exhibition space.
The series of exhibited paintings originated using a technique that Patrik Kriššák has been developing for three years. He creates the so-called “bottle paintings” on a horizontal plane by turning over a bottle with paint on a paper foundation in a fast, almost performance-like gestic manner. Practically all of his newest paintings are done on stretched white paper or canvas. Patrik sticks to the material purity both on smaller as well as larger size paintings; a pair of smaller formats located on the floor refers to their origin. The strokes are a reaction to the paint being used, which is clean, pastel, with perhaps more colours blending in directly on the painting. Long lines with clear motives are alternated with short strokes symbolically depicting letters of the alphabet or some words of an undiscovered, secret language. Lightness, speed and the associated energy originating from these movements represent the values that make Patrik’s paintings original and distinguishable at first sight.
- Lucie Šmardová - 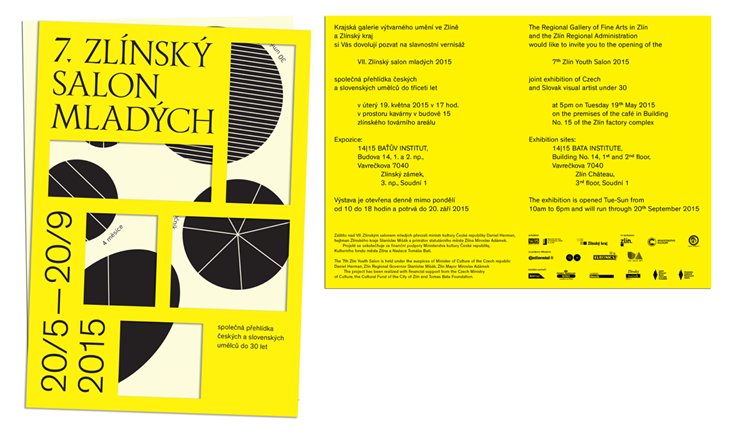 Patrik Krissak was study in Ostravien University, Faculty of arts to prof. Daniel Balaban. From thist time he examined the medium of painting and possibilities of a picture, thematically as art as basic. He doing that lightlly with distance and self-irony. That is possibility for create spatial installationn from the pictures. This instalation is often supplemented with ready-mades and plants.
He fabulating about basic unit of paintig, when he talking about his brush stroke painting, One second after he say the truth that the basic unit of paintig is colour, he mystificatin about himself and the viewers too.
As a right painter he painted a figural pianting which will by used over the couch.
But he adjusting the picture with christmas light and do with this questionable situation.
For his work is typically experimenting approach, everytime to finding his own technique of painting. That we can see in his last serie of ‘‘bottle painting‘‘.
He painted only with glass – bottles which put down on the horizontally staying. - Lucie Šmardová - 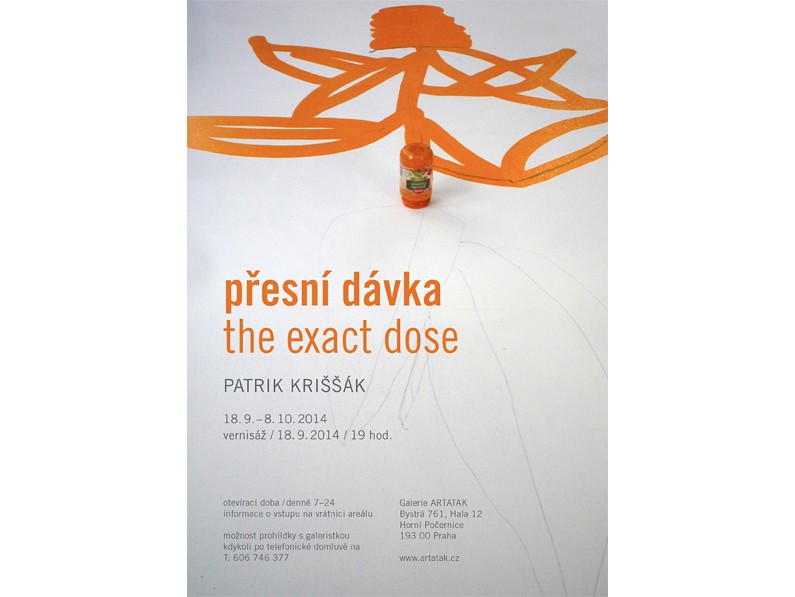 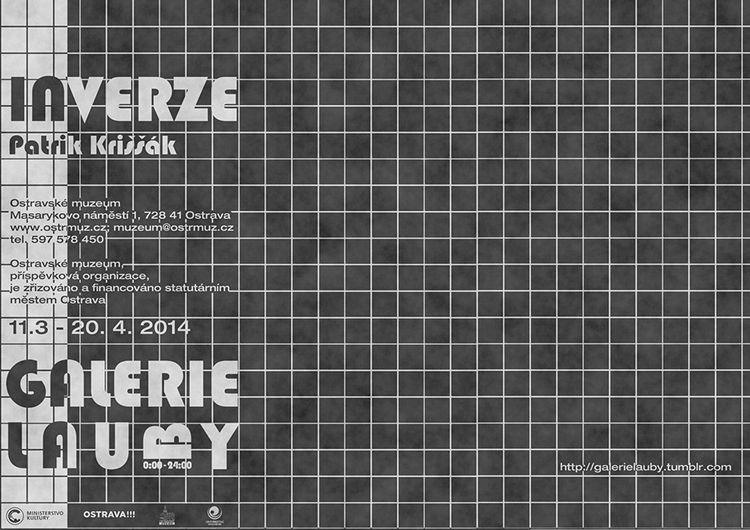 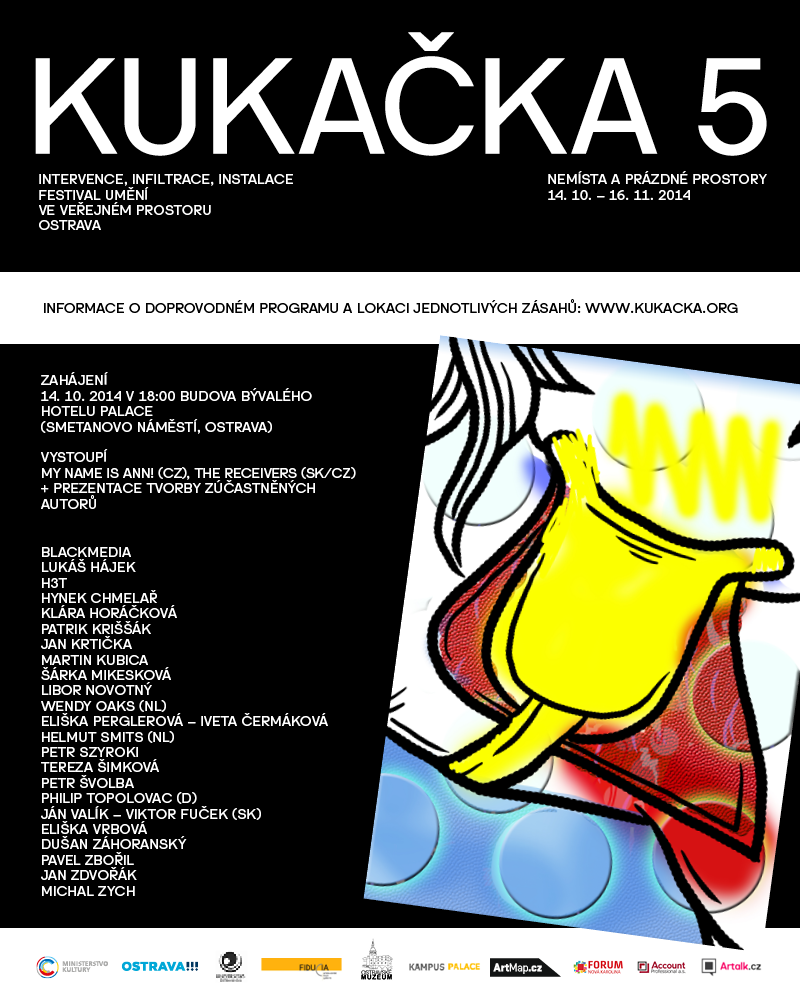 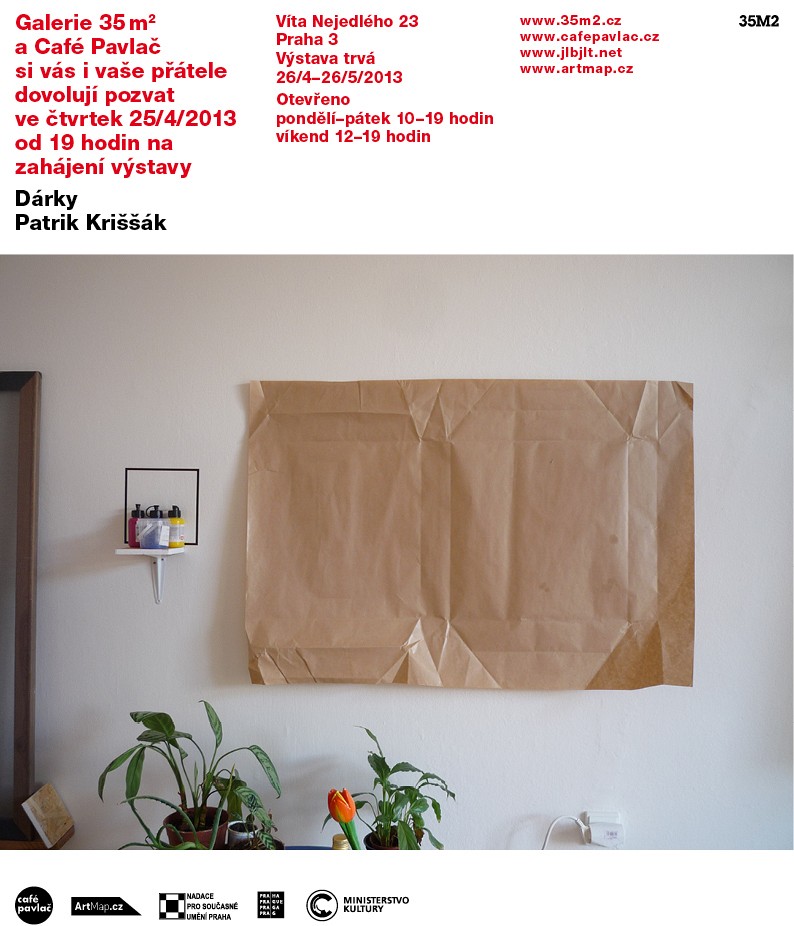 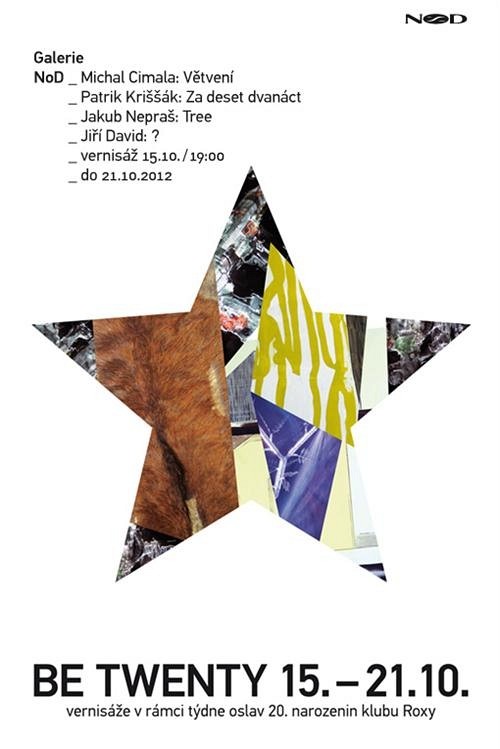